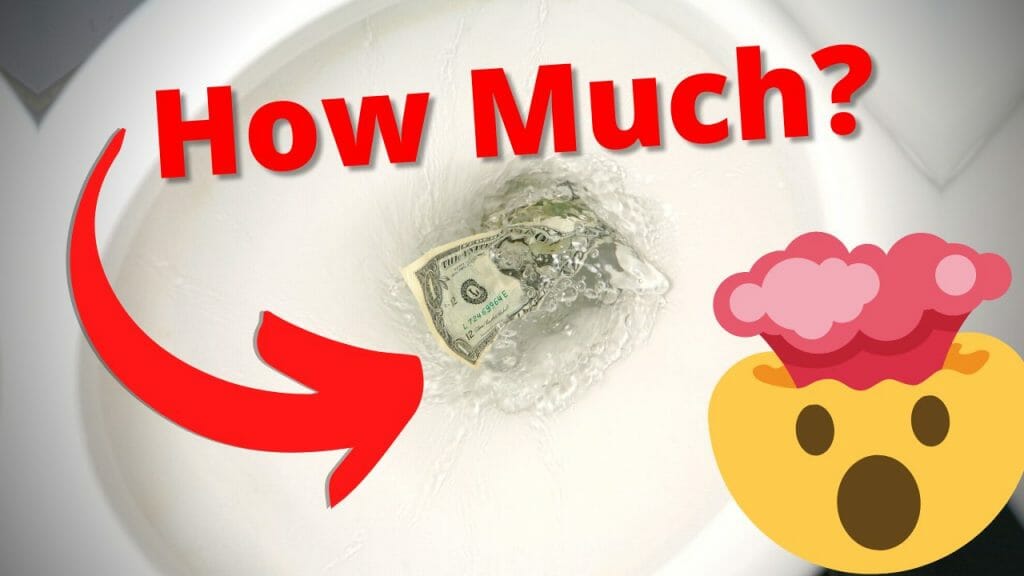 I’m a total nerd and think of weird questions sometimes like: How much does it cost to flush a toilet and Does it save me money by not flushing every time?

Say what you want, but while you’re here, let’s figure this out.

The Components of a Toilet Flush

In order to determine how much a toilet flush costs, we first need to answer three critical questions.

Let’s figure out these answers, and then we can calculate the cost of flushing a toilet.

1. How Much Water Does a Toilet Use?

First, we need to know how much water is consumed by a toilet flush.

In the United States, all toilets sold since 1994 must use 1.6 gallons per flush or less.

Prior to that, some toilets consumed 5 gallons or more per flush.

More recently, some high efficiency toilets use less than a gallon, but for our calculation, let’s assume 1.6 gallons per flush.

2. How Much Does Water Cost?

Next, we have to determine how much residential water costs.

Based on my research, in the United States the average cost of water per 1,000 gallons is between $1 and $5.

This is right on par with my water bill here in Tucson, Arizona where I pay $2.87 per cubic foot of water and when we convert that to gallons, you get a water rate of $3.83 per 1,000 gallons.

We will assume a normal rate of consumption here since many water authorities including mine have tiered rates for high consumption households.

3. How Much Does Sewer Cost?

Finally, let’s figure out the sewer cost. Not only do you have to pay for the water in your toilet, but you also have to pay to flush it down.

You essentially are charged twice for every gallon of water—once when it comes into your home and once when it leaves your home.

Based on my research, in the United States the average sewer rate per 1,000 gallons is between $2 and $6, which is slightly higher than the average water rate.

Again, this is right on par with my water bill here in Tucson where I pay $3.63 per cubic foot of sewer and when we convert that to gallons, you get a sewer rate of $4.85 per 1,000 gallons.

Cost to Flush a Toilet

We now have enough information to do our calculation and determine how much a flushing a toilet costs.

Let’s first calculate how much it personally costs me to flush my toilet and then we’ll figure out some type of average.

Next, let’s assume someone lives in an area with very cheap water and sewer rates and has high efficiency toilets.

So the water rate would be $1, sewer would be $2, and the toilet uses 0.8 of a gallon per flush. That comes out to be just a quarter of a penny per flush.

Finally, let’s determine how much a toilet flush costs for someone with expensive water and sewer rates.

The average American is said to flush 5 times daily, so projecting this out for a year, I spend less than $20 to flush my own toilet over the course of an entire year, and those poor suckers who have expensive water and sewer rates pay closer to $32 to flush their toilets per year.

So the average cost of flushing a residential toilet is well under 2 cents per flush.

Does not flushing the toilet every time save you money? Well of course it does, but maybe not as much as you thought it would. 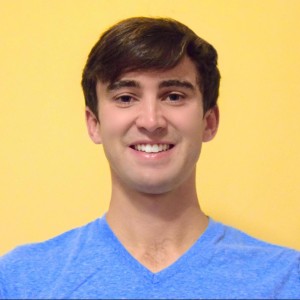 Tony approaches most things in life with a budget-conscious mindset while at the same time maximizing investments which results in an ideal balance between spending and saving. And of course he enjoys free things and bonuses every now and then.